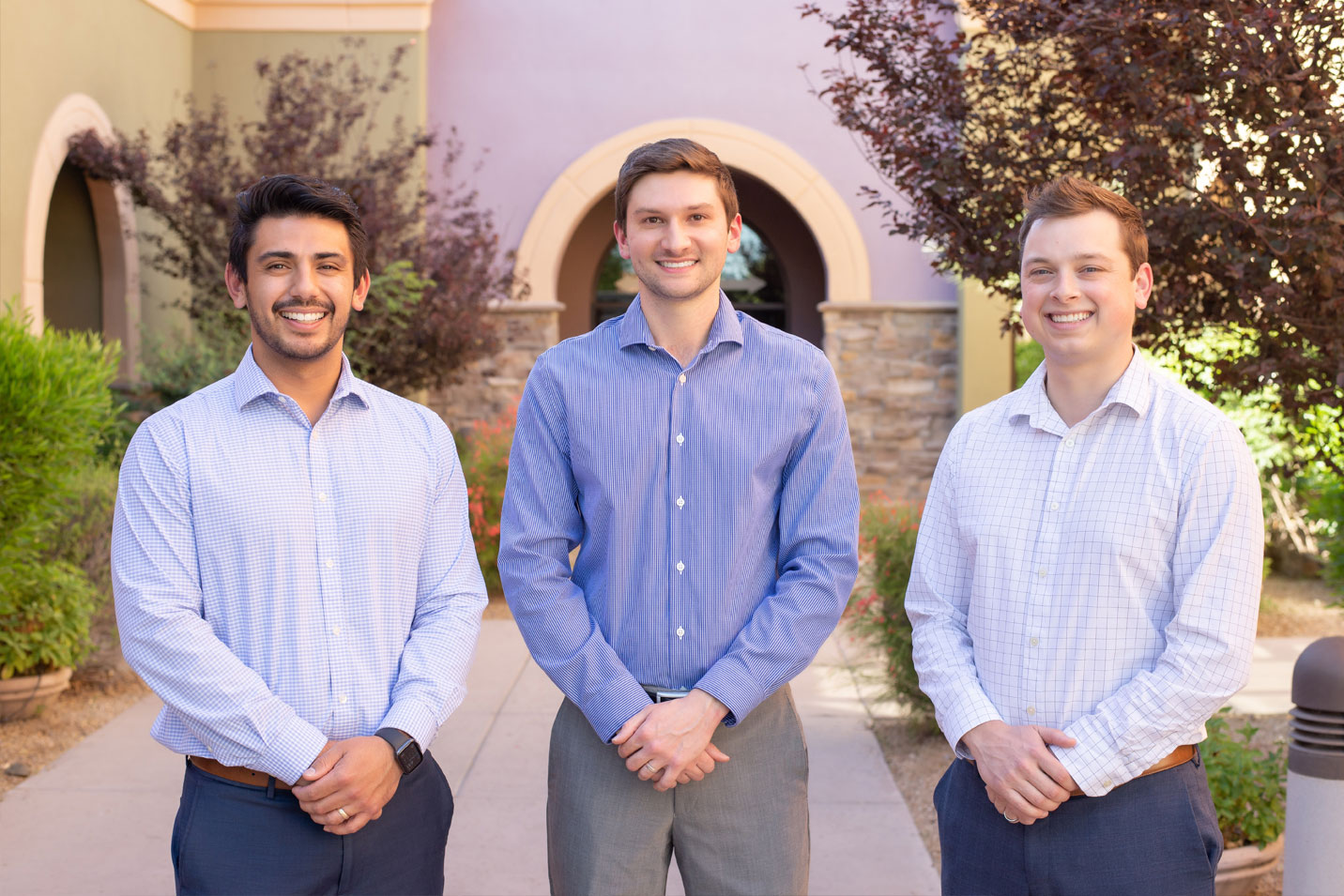 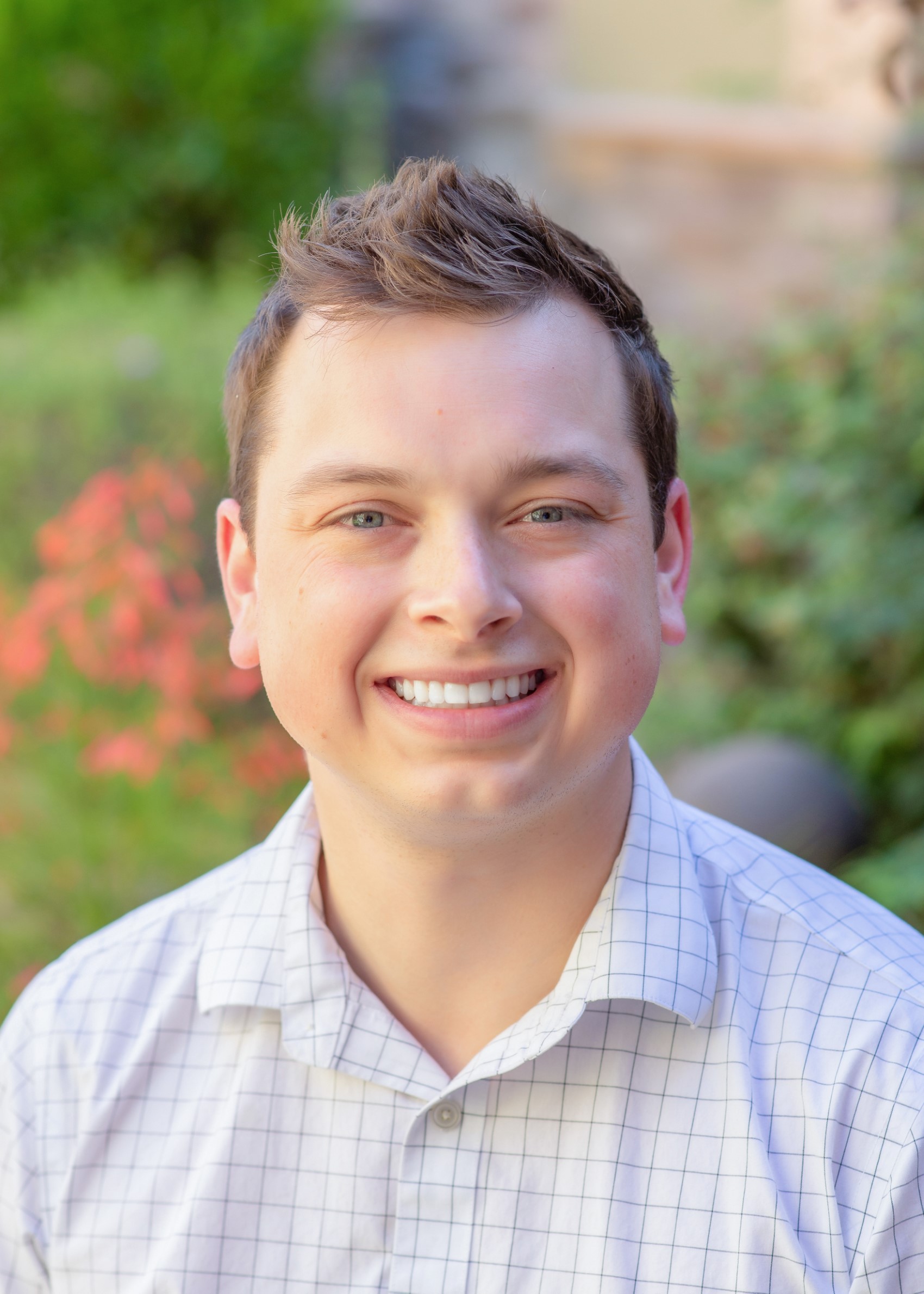 Dr. Stroyan was born and raised in a small town near Spokane, Washington before attending Washington State University, where he graduated with honors. His dental journey brought him to Arizona, where he continued his education and graduated from Midwestern University School of Dental Medicine with high achievements. Since graduation, Dr. Stroyan has continued his education with additional training in Invisalign, endodontics, laser dentistry, and cosmetic dentistry. He has also placed a strong emphasis on community service, and has spent time volunteering with several local organizations to provide dental care to those in need.

Dr. Stroyan met his wife Jenn while in school at Midwestern University. Jenn is a Physician Assistant at the Mayo Clinic. After moving away to chilly New England for 3 years after dental school, Dr. Stroyan and Jenn were excited to return to the desert in 2019 to settle down and establish their roots in sunny Arizona. Together they have one son, James, who was born in June of 2021. Dr. Stroyan loves to enjoy the outdoors with his family, as well as play golf any chance he gets.

Dr. Stroyan’s mission is to improve patients’ lives by helping them understand and achieve optimal oral health. He demonstrates empathy, kindness, patience, and clinical excellence every day. Dr. Stroyan takes tremendous pride in his work and strives to help his patients achieve their oral health goals by listening to their concerns and creating a treatment plan that is unique to each individual patient. Dr. Stroyan loves connecting with his patients and build meaningful, lasting relationships – his goal is to treat all patients like family. He also knows that the dental office is not everyone’s favorite place and does his best to ensure a positive experience. 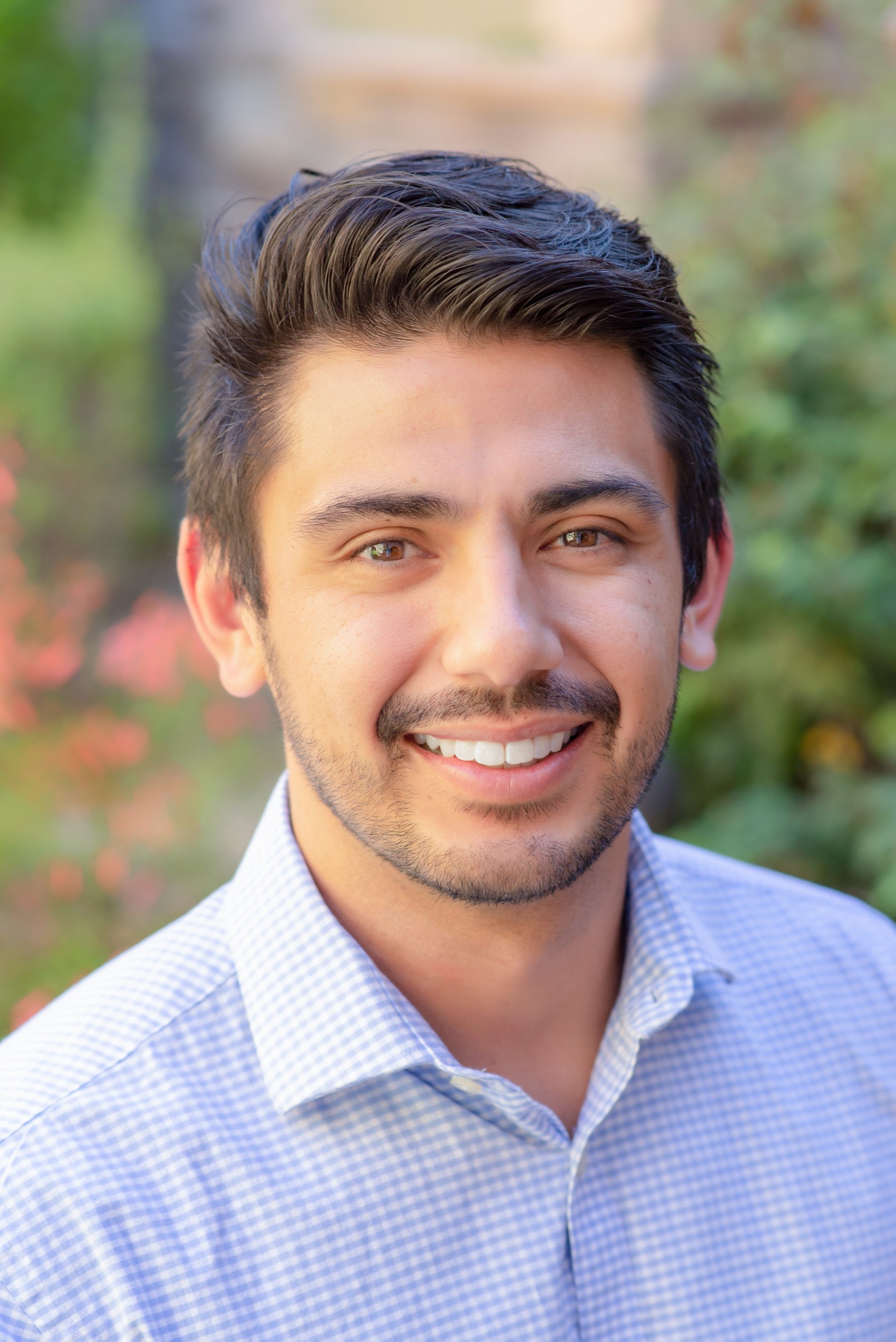 Dr. Holly was born and raised right here in the northwest valley. Apart from moving to Tucson to attend The University of Arizona, he has never lived more than 10 miles from the office. He now lives in Arrowhead Lakes and couldn’t be more excited to live and work in the community that he loves.

Dr. Holly’s favorite thing to do is spend time with his wife, 7-month-old daughter Capri, and
their German Shepherd. He also enjoys traveling, hanging out around the BBQ, and being in the outdoors. He is an avid mountain biker and passionate about riding and racing dirt bikes.

Like Dr. Stroyan and Dr. Schwartz, Dr. Holly also attended Midwestern University. He loves all aspects of dentistry and enjoys being able to offer all types of specialty procedures. Dr. Holly takes pride in providing excellent, quality dental care and treating patients like his own family. As corporate dental chains continue to grow, it’s his goal to provide a superior dental experience in an office that you can trust always has your best interests at heart.

Dr. Holly is grateful for the opportunity to provide you and your family with the best dental care possible and is confident you’ll be happy with the service you receive. Please let him or our Peoria dentist team know if there’s anything we can do to make your visit more comfortable.

Following his studies at NAU, he attended Midwestern University College of Dental Medicine in Glendale, Arizona. During his dental education, Dr. Schwartz was very involved with his studies as well as promoting oral health throughout the community. He was actively involved which allowed him to volunteer in events to help underserved populations. Dr. Schwartz graduated from Midwestern University near the top of his class with Omicron Kappa Upsilon Honors. He also received several other awards there including The Critical Thinker Award, The Lifelong Learner Award, and The American Academy of Oral and Maxillofacial Radiology Award.

During his time at Midwestern University, Dr. Schwartz learned and excelled in advanced modern dentistry and developed excellent rapport with his patients. Dr. Schwartz is well trained and is passionate about all aspects of dentistry which allows him to provide comprehensive patient care.

When Dr. Schwartz is not in the office, he loves spending time with his wife, who he met in dental school, family and friends. He also enjoys sports, fitness, movies, shows, traveling, and the outdoors. Dr. Schwartz’s goal is to make a positive and comfortable experience for patients. He takes pride in his work and enjoys improving the function, esthetics, and oral health of each and every patient and is thrilled to be a part of the Sunrise Dental Team!

We would love to be your family dentist!